I'm participating in Blogtember, at least when there's a prompt about which I have something to say. :) Blogtember is hosted by Story of My Life. Today's prompt: A memory you would love to relive.

I'm not one to dwell on the past. I don't want to be one of those people whose best years in life were in high school or college. But the other day, Matt's college roommate, Stephen and his new wife were in town, and we spent a little time on A&M's campus, and Stephen commented that he really missed the rec center on campus, and that it was clearly the best part of college. (The gym?! I don't get that, but he explained that it was because it was within walking distance of their apartment, and they had racquetball and basketball, and the guys went and played all the time. Which I guess is just a manly way of saying you miss the relationships, since Matt once told me that sports = male bonding.)

And I'll admit that when I think about it, I'm nostalgic for college. But not for any one specific memory, just the general closeness of having the best friends, and them always being nearby and ready to do something, even if that something was just watching Rock of Love Bus while doing our homework together.

Of course, I know ya'll want pictures, so we can talk specific memories. :) We could talk about the time that my friend Lola decided that we should take pictures with every statue on OU's campus. 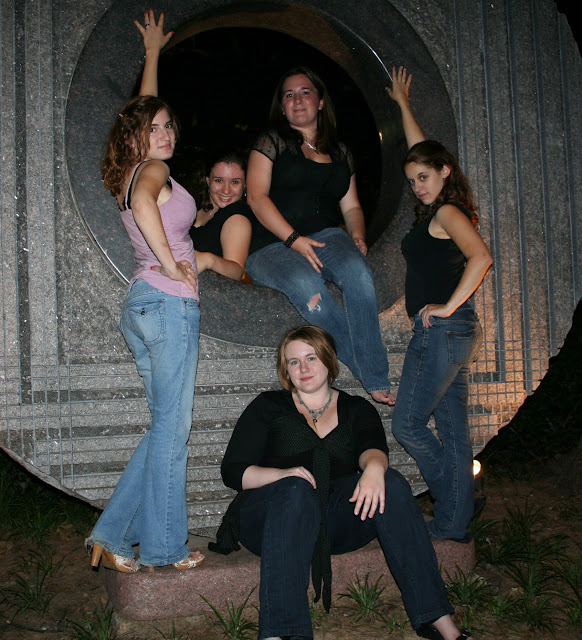 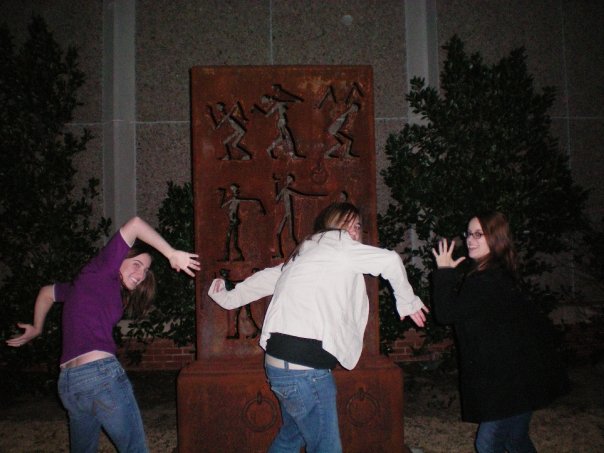 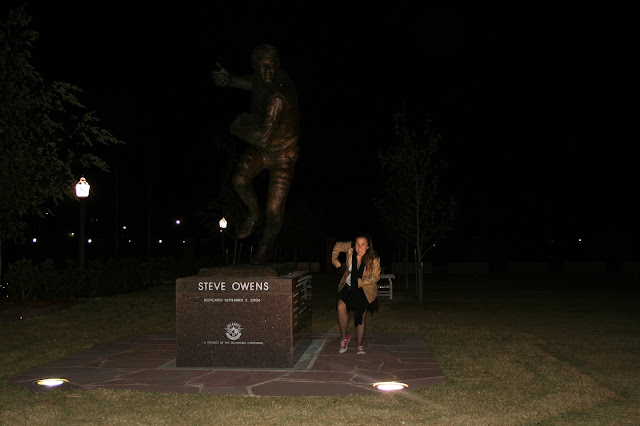 Or all those nights that we headed down to a local playground for a midnight game of Zombies, before the cops came and told us not to come back anymore. (Zombies was like tag, except that the "it" person had to walk like a zombie and bite the other players, and then they became zombies too, until only one player had survived the zombie apocalypse.) 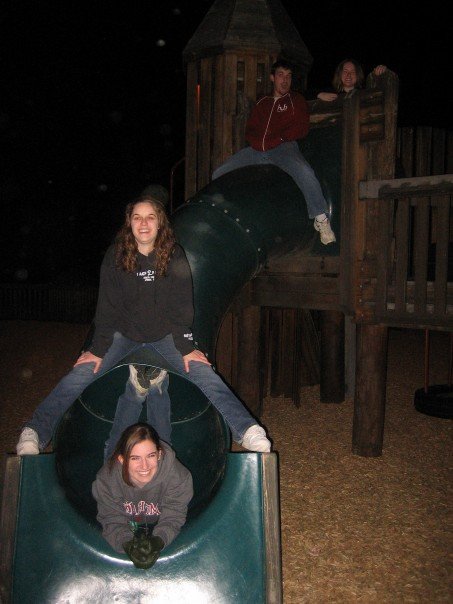 Or that Halloween we all dressed up like contestants from the first season of Rock of Love and went to The Library (a bar, not a place for studying). 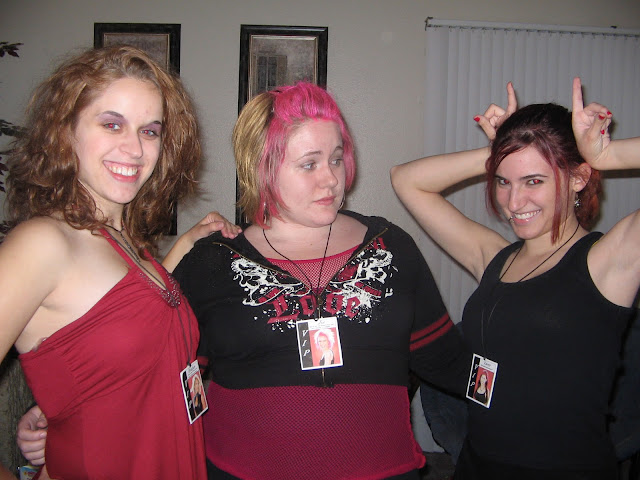 Or that time we all took ballroom dance together, but it turned out that only creepy guys signed up for the class and not cute ones, so we decided we'd rather dance with each other. And then we spent the whole time kicking each other instead of dancing the Cotton-Eyed Joe. 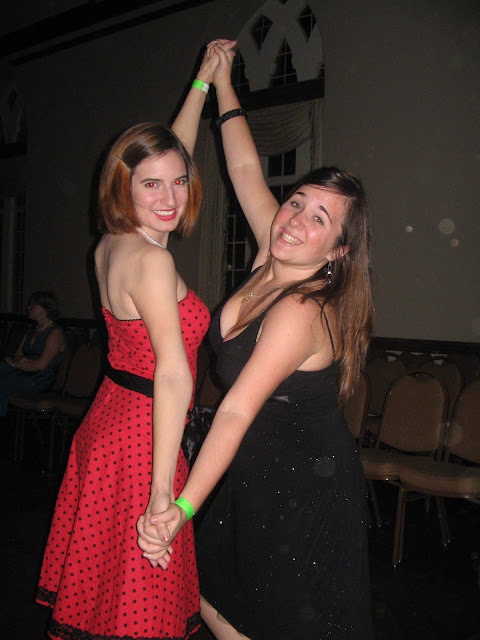 Of course, now we're all scattered across the country, and I don't get to see these awesome ladies as often as I'd like to. And it's hard as an adult to make really good, close friends like that. So if I could, I would gladly relive any day that I got to hang out with them.

What makes you feel nostalgic? Did anyone else love really, really trashy reality shows?
Posted by Allie @ Everyday Adventures at 10:00 AM
Labels: funtivities, in real life

What I'm Talking About